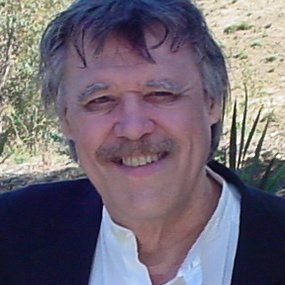 Chances are you’ve been having breakfast with Robert Rodriguez for years and never knew it. If you’ve ever made yourself a bowl of Quaker Oatmeal, his painting of the old Quaker has probably been watching over you. After graduating from Chouinard Art Institute (now CalArts), he embarked on a career as an illustrator, picking up awards and medals along the way. He was a Grammy Awards finalist for best album cover art and received a Graphis Platinum award for his “Cowboys of the Silver Screen” postage stamps. Rodriguez has created Broadway theatre posters for plays like “Anything Goes,” “Nice Work If You Can Get It”, “Sister Act” and “Lend Me A Tenor,” a Super Bowl poster, a half dozen Ringling Bros. Circus posters, several movie posters, and art for the past four Tales of the Cocktail event, which is held in New Orleans in summer. In 2011, Rodriguez had his most recent one-person show at the Sycamore Gallery in Monrovia. The next year, he was one of the featured artists in the Contemporary Masters: Artistic Eden III exhibition in Pasadena, California. In 2013, Rodriguez had a painting and several prints on exhibit at La Galeria Gitana in San Fernando for a show called “A Nod to Nouveau and Deco Design.”