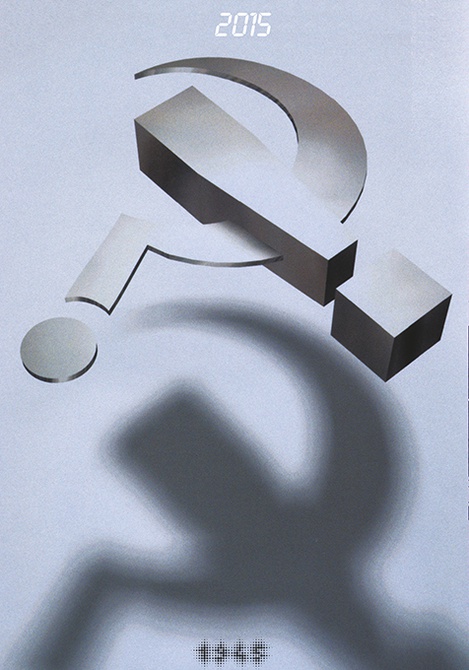 1945-2015
2015 was the 50th anniversary of the end of World War II. In 1945, a one-party system was introduced in Yugoslavia and the Republic of Croatia. The whole nation was designated by a special design symbol of sickles (peasants) and hammers (workers) crossed over each other. This has been called "lead time" in recent history.

As a result of the "lead time", the sickle and hammer were designed as a question mark (?) In the Times New Roman typography and an exclamation mark (!) In the Helvetica typography ... The design asks questions and seeks answers to everything that has happened in the past 50 years.

The work left a deep impression on the people who lived in that time. However, Croatia has been an independent state since 1992 and has a democratic system, but traces of the past are still present in Croatian society. The same work, but in red (the color of the Communist Party) was proposed back in 1984, but was rejected by the League of Communists of Croatia. Its redesigned 3D version was realized as poster and illustration cover of a book about the time 1945-2015. The designer is in some way responsible for space and time.