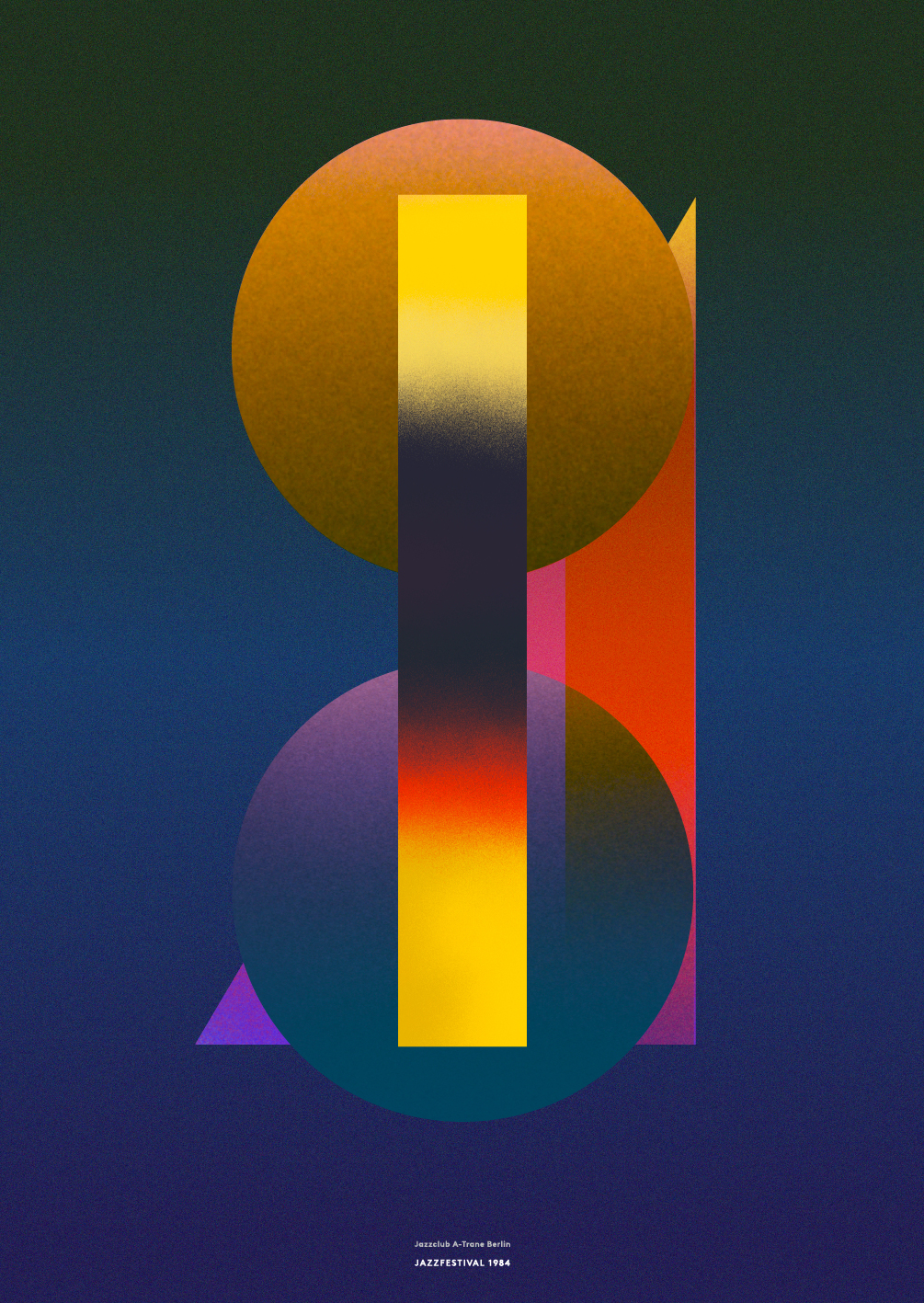 This poster was designed for the Jazz music festival in Berlin: “JAZZFESTIVAL 1984”
The festival was held in Berlin in 2022 for four months.

The theme of the festival is "freedom" in this era of concern and anxiety from 2021 to 2022. The 1984 Jazz Festival is a spiritual paratext of George Orwell's science fiction novel of the same name. The individual music projects, which were centered around four performers born in 1984, were linked to each other by the overall concept and presented in one form as a whole at the historic jazz club A-train. The main visual of this poster is based on the numbers 1984; one, nine, eight, and four. which is the key concept of this festival. Together with these numbers, the festival represents the energy of music and the freedom and hope that shines in the dark.

The goal of this music festival is to make an emotional connection for people with music for peace, and freedom. This poster was presented as part of this festival between this music concert. The key t visual design is very powerful and simple, with successful results and reactions. It visually adapts to a variety of communication formats, such as online advertising and parts of local music concerts both.