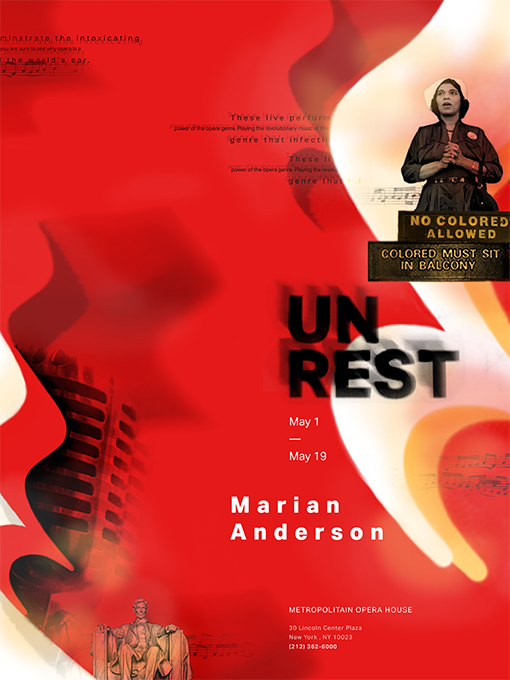 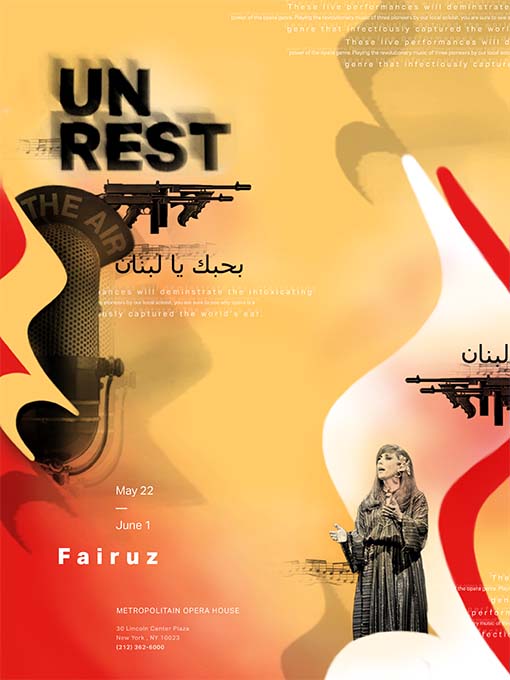 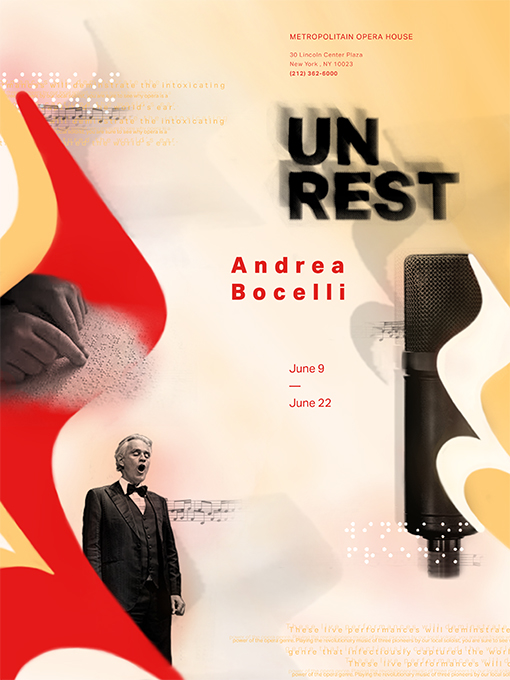 The development of a compelling visual design system seeks to unify a system's differing components yet instill excitement through its innovative representation of meaning. This project focuses on the manipulation and arrangement (composition) of typography and image as it conveys messages through a poster series.

These three opera singers took what society was resting in, undoing and
shifting the norm through their persistence in performing. Marian Anderson
shifted the unrest of racial segregation and inequality, Fairuz shifted the
unrest between the two sides of the Lebanon Civil War and Andrea Bocelli
shifted the unrest of blind and disabled people in professional careers.

Inversion was used by allowing photographic shutter speed to capture
the shifting motion of the title’s typography and the musical rest symbol.
The body copy and music snippets overlap and create small tensions
throughout the composition that also hint at the unrest that each artist’s
persistent performing was peacefully but evidently shifting society. Fusion
was used in the relationship between the rest symbol and each microphone
to show that the music and persistence in the artist’s performing was what
helped shift society in each of their respective times. Finally, separation was
used for the artist’s name, venue location and dates to communicate them
directly to the viewer. The names are placed on a shifted vertical alignment
to further emphasize each person’s subtle impact on society.

This project received high praise from peers and faculty.