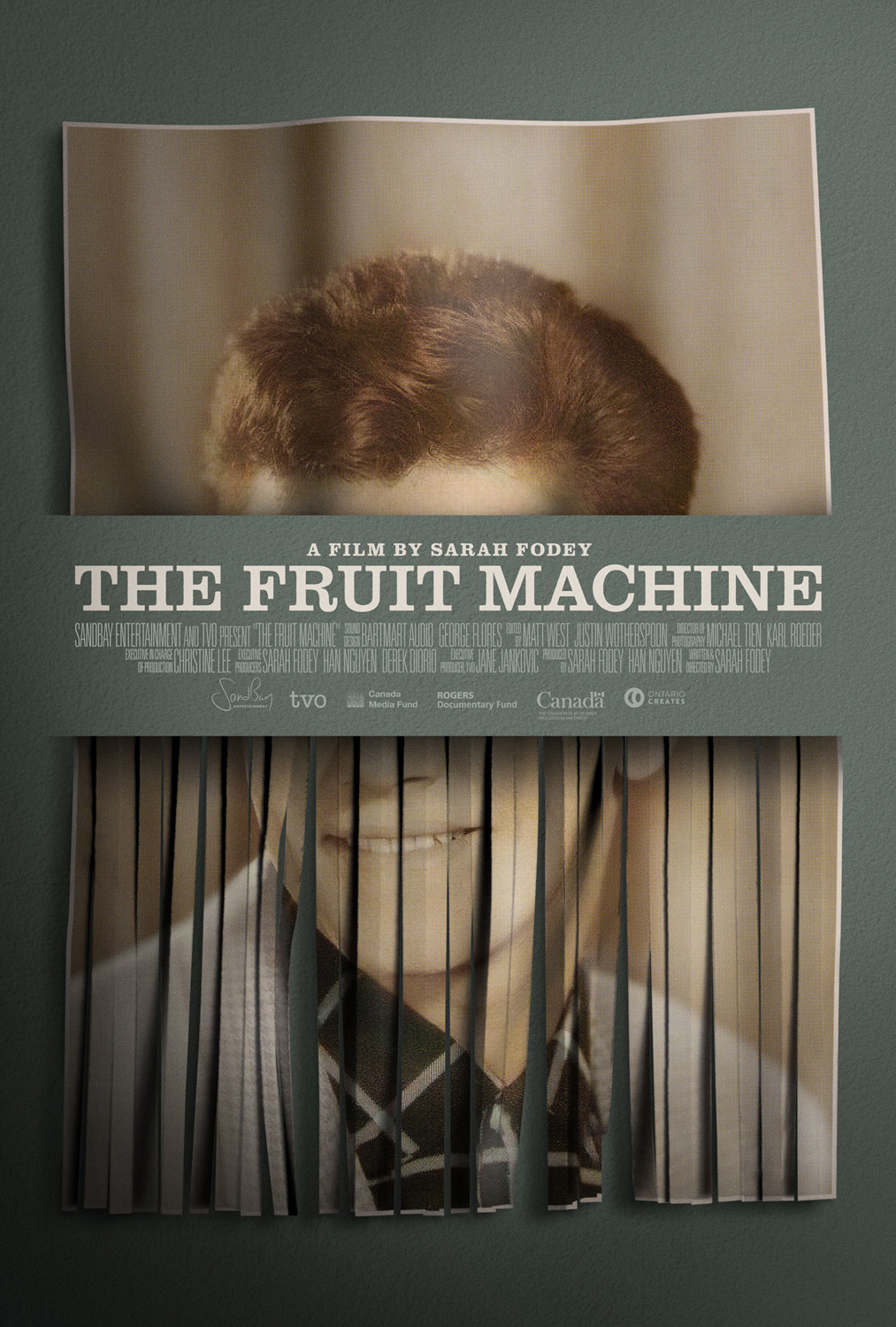 We were commissioned to create a poster for The Fruit Machine, a documentary recounting the homosexual witch-hunt of public servants and military personnel in Canada from the 1950s through the early 1990s and its tragic effects on the people whose lives and careers were disrupted or destroyed by it.

The "fruit machine" was a device developed in Canada by Frank Robert Wake in the 1950s that was supposed to be able to identify gay men (derogatorily referred to as "fruits"). Although funding for the project was cut off in the late 1960s, the investigations continued, and the RCMP collected files on 9,000 people who had been investigated.

Images of the actual machine don't exist, but the machine's output is clear: destroying the lives of LGBTQ people working for the Canadian government. The poster explores the idea of an unidentified destructive machine: a photo passes through an enigmatic blank area and reveals the machine's output through the visual allegory of another machine: a paper shredder.

The poster was enthusiastically received by the filmmakers and was used to garner interest for screenings on various television networks in Canada and abroad, raising awareness of important, little-known Canadian events affecting the LGBT community.