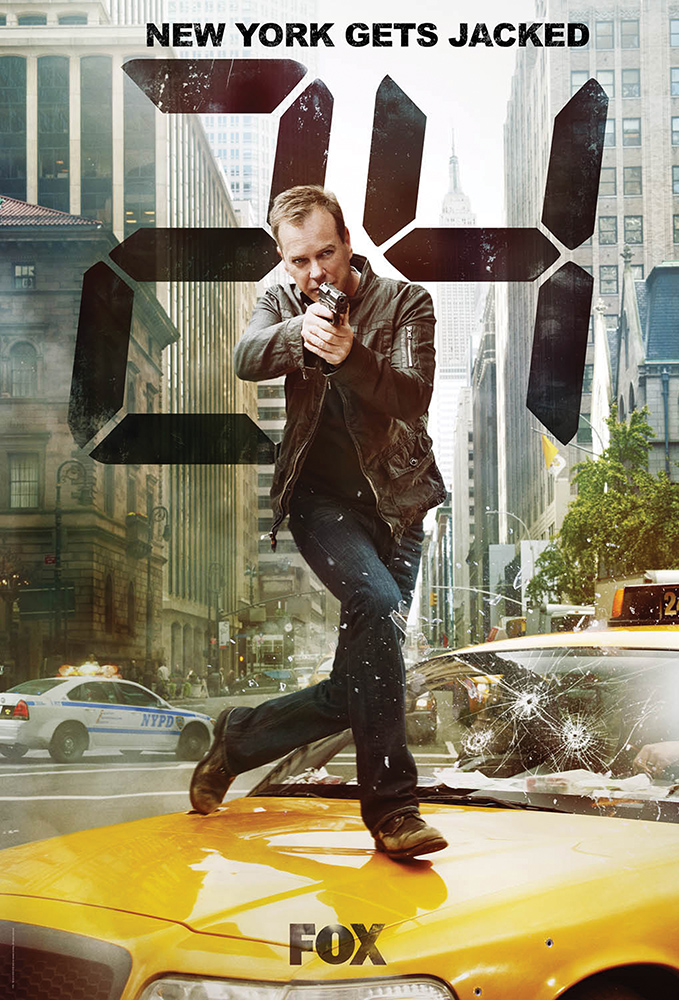 New York was to be the co-star to Kiefer Sutherland’s character Jack Bauer for the advertising of season 8 of “24.” Although it was not confirmed at the time, season eight for “24” was to be its final season. Fox (the client) wanted to showcase agent Jack Bauer in the world’s most exciting city, New York. Several set ups were created for the photo shoot that showed Jack in action all over the city. The most challenging part of the job was editing all of the great material into a cohesive, dynamic campaign. The end result was multiple outdoor pieces that launched the show with exceptional ratings.