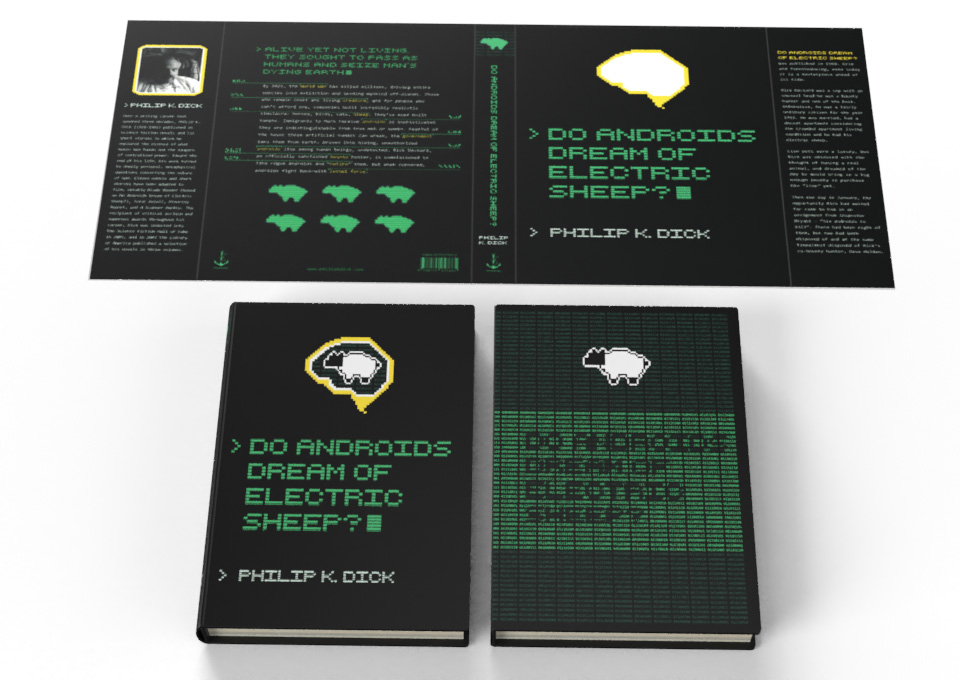 The assignment on Design II is to make a book cover for an assigned book. The book I was given is about a post apocalyptic world where humans and animals are either endangered or on the verge of extinction. The main character is a detective named Richard Deckard who is tasked to hunt down six androids who immigrated to Earth.

There are two book covers that are based on the old DOS computer. I used this gimmick to portrays how machines are programmed. The sleeve cover represents the screen of the DOS computer. The front cover has pixel art of a brain with the sheep which portrays the the main character goal to take down the androids in reward for getting a real sheep. The back cover shows six sheep which portrays Deckard's task to hunt down six androids while his objectives on the summary of the book are highlighted in yellow. The matte cover is covered with binary numbers which are translated from text as Deckard's quotes from the book. This covers the theme of Deckard's question on androids dreaming of electric sheep while also implying that Deckard, the min character himself, could potentially be an android.

The project was a success and is exactly how I expected it to be. My Instructor advised me that this project is worth sending to shows.