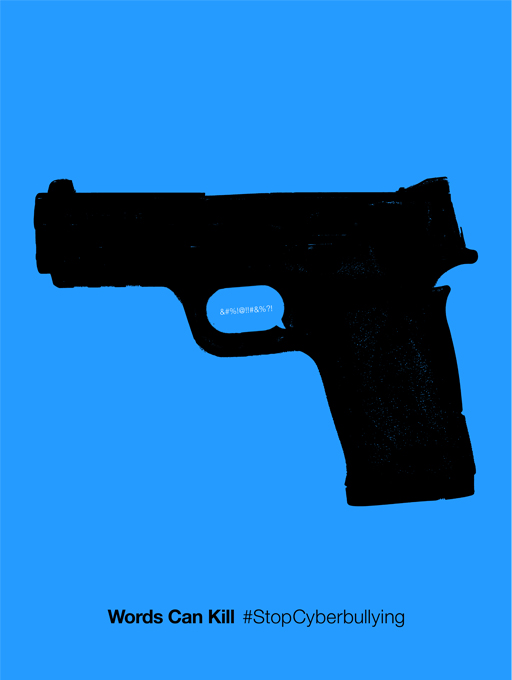 One of the most troubling epidemics in our society today is cyberbullying.

With the advancement of technology, our world is that much closer. However, with that comes some troubling statistics. According to the European Commission Joint Research Center, in a survey of more than 6,000 10 to 18-year-olds, roughly 50% of children had experienced at least one kind of cyberbullying in their lifetime. And one in three young people in 30 countries said they had been a victim of online bullying, with one in five reporting having skipped school due to cyberbullying and violence, in a new poll released by UNICEF and the UN Special Representative of the Secretary-General (SRSG) on Violence against Children.

This poster seeks to underscore the severity of this issue in a direct and simple approach. By hiding a text bubble containing curse symbols in the gun's trigger space, a connection is made to the viewer of the deadly consequences of this issue.