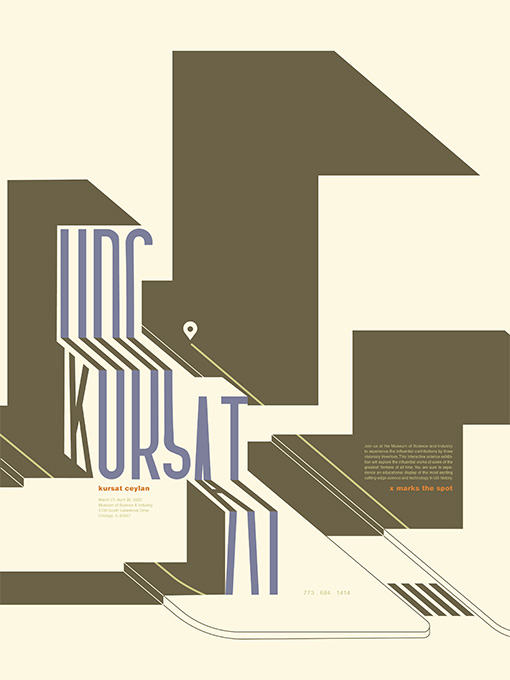 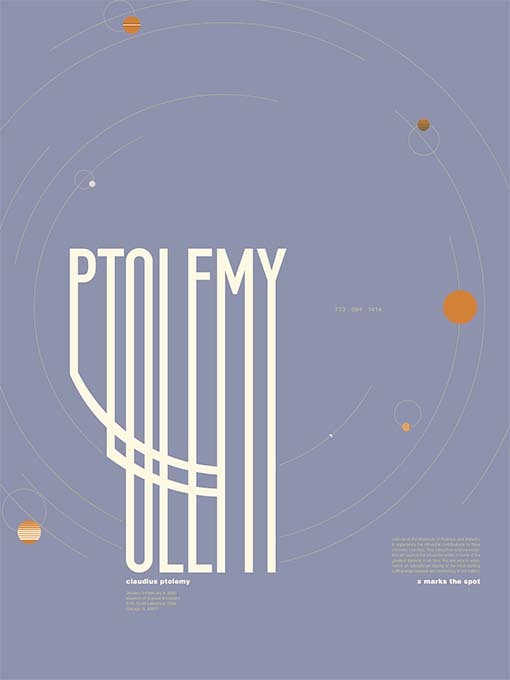 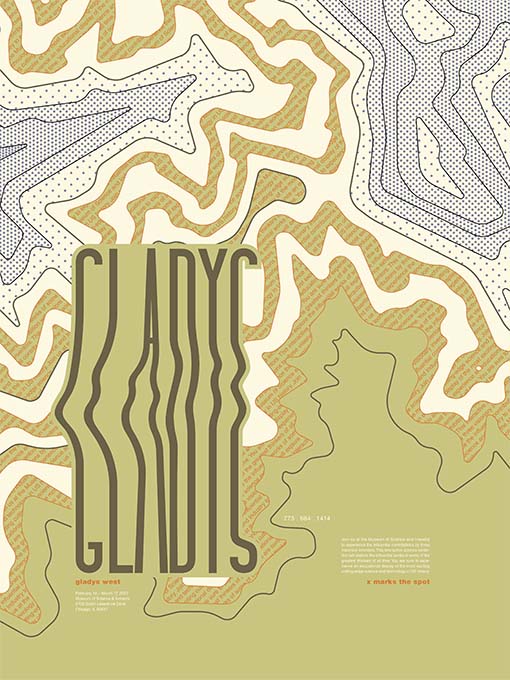 The development of a compelling visual design system seeks to unify a system's differing components yet instill excitement through its innovative representation of meaning. This project focuses on the manipulation and arrangement (composition) of typography and image as it conveys messages through a poster series.

Each of these three inventors was engulfed by the impact of their inventions and discoveries for a period of their lives. Claudius Ptolemy was a lifelong mathematician and, despite his erroneous calculations, developed a planetary model that would not be debunked for over one thousand years. Gladys West’s discovery of the Earth’s
true shape led to early GPS technologies and continues to impact those we use today. Though, unlike Ptolemy, West’s influence was not recognized until much later
in her life. Kursat Ceylan’s accidental injury has led to an unreleased invention that can impact and improve the quality of life for more than 250 million visually impaired individuals worldwide. The two living inventors addressed are currently consumed by their discovery and the work that they have done, just as Ptolemy was nearly two thousand years ago. They are becoming their discovery.

The inventions and discoveries made by Ptolemy, West, and Ceylan each dealt with mapping. I selected a map style for each inventor based on their invention. Using fusion, I incorporated each inventor’s name into the map of choice. By utilizing different navigational cues existing on each map, relevant information was preserved as the name was incorporated into the composition. The name for each individual is related to what they would have been addressed as. This is why Claudius Ptolemy’s composition utilizes his last name, while the other compositions use the inventors’ first names.