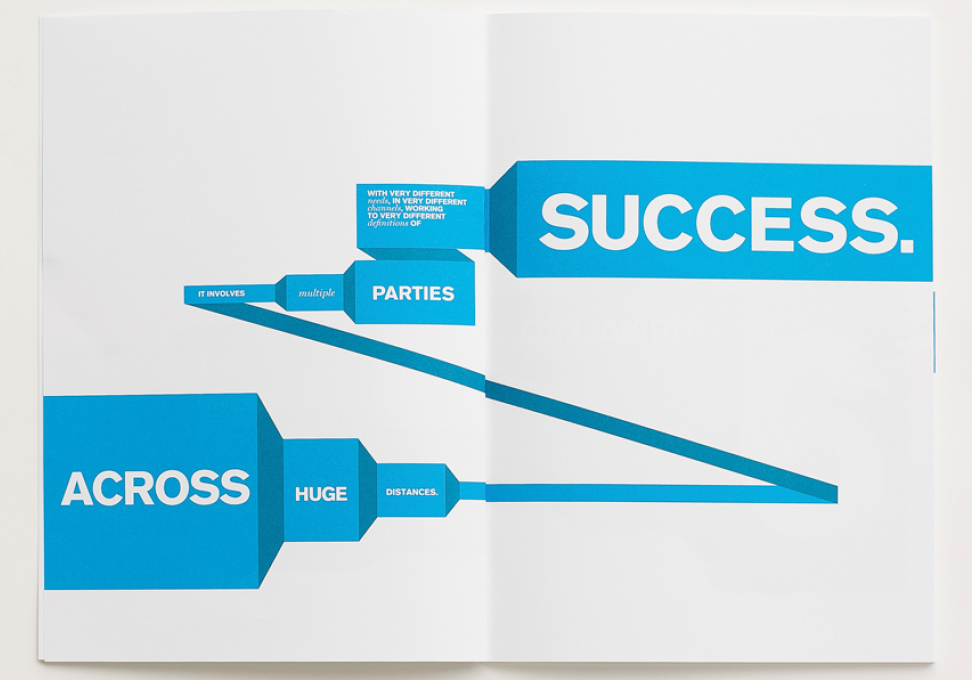 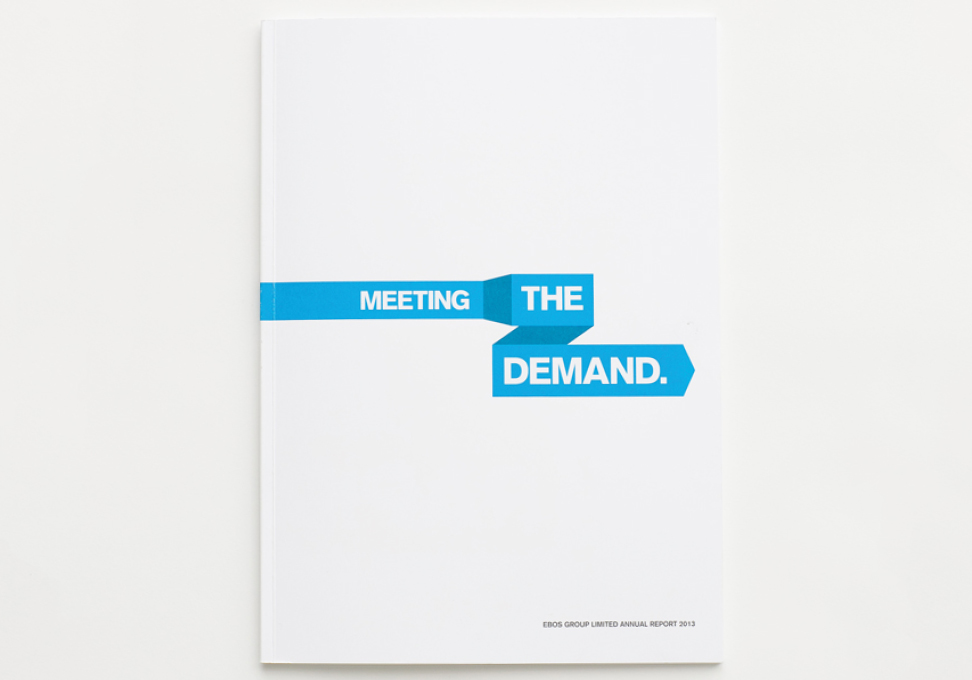 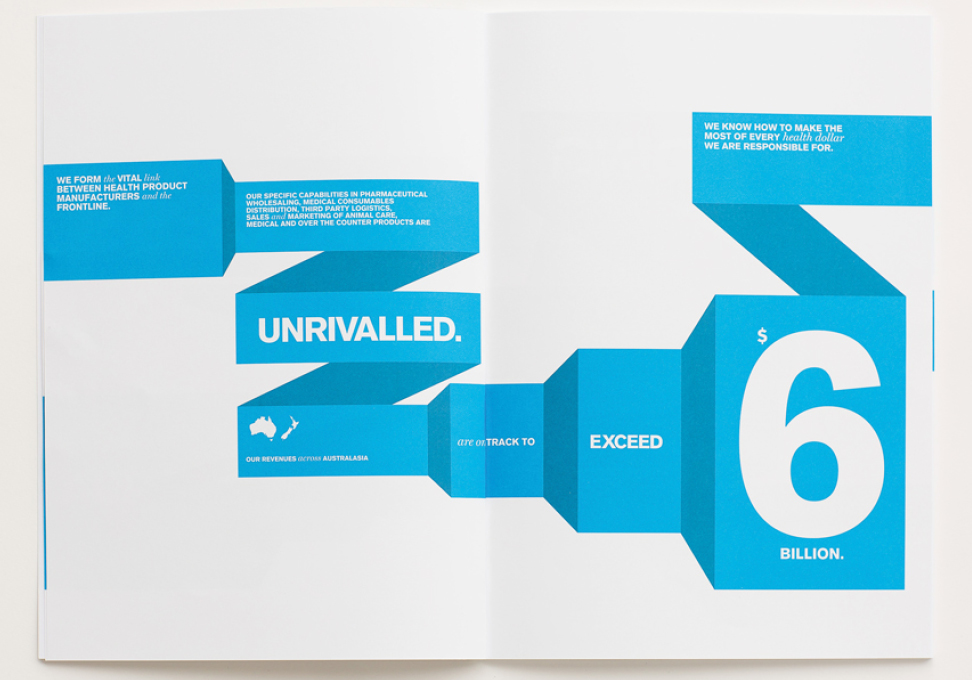 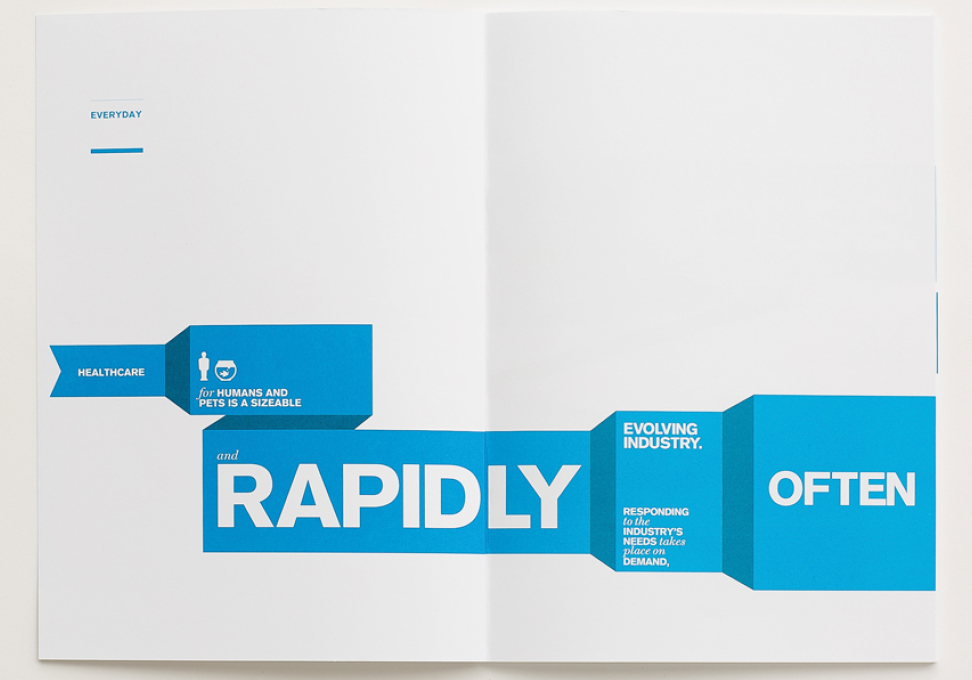 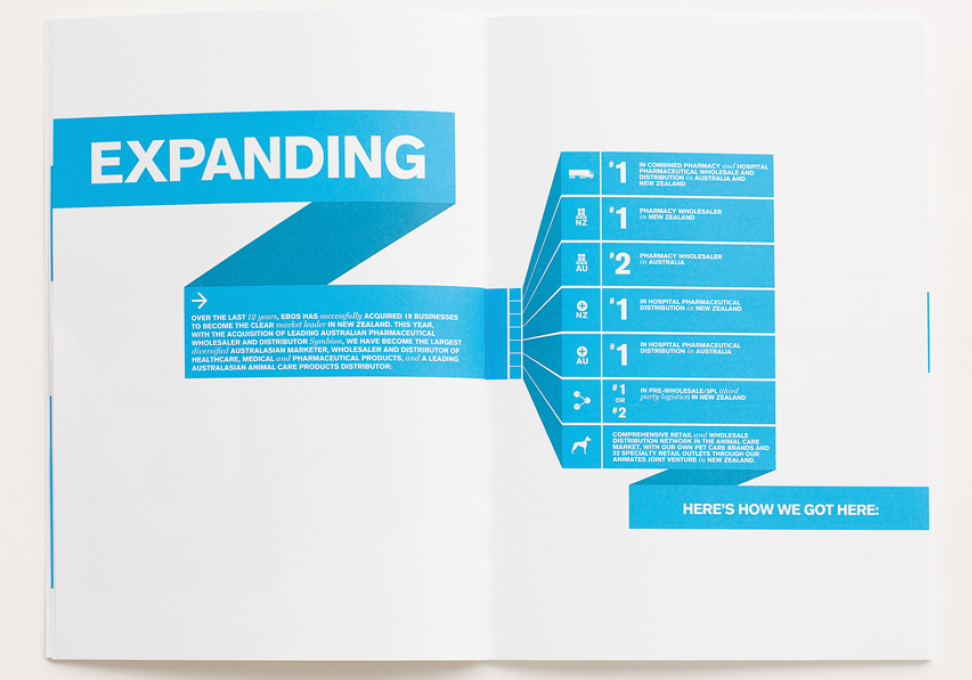 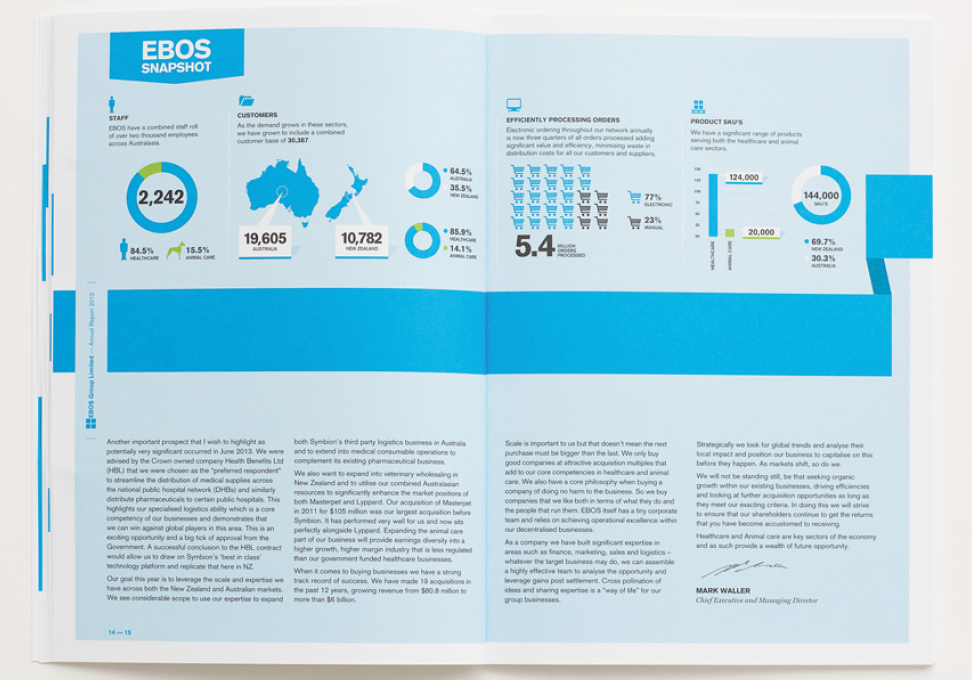 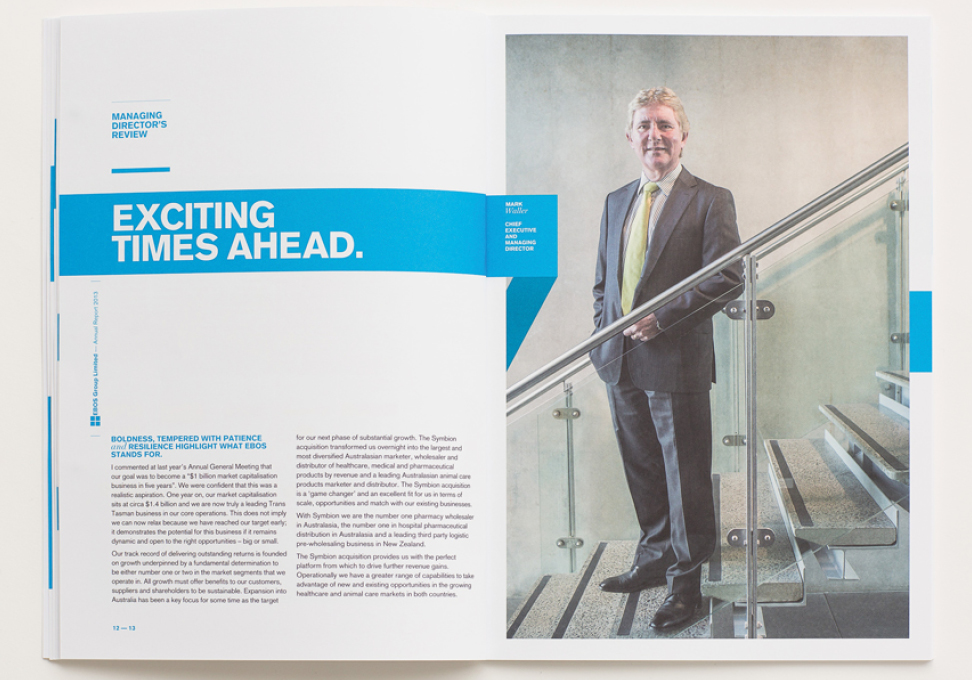 EBOS is a Christchurch-based listed company in the healthcare marketing, wholesale and distribution business. This $400 million company had just completed the significant acquisition of a $1.5 billion Australian company – their 19th acquisition in 12 years – giving them a much more prominent place on the NZ stock exchange.

The task of the annual report was to reflect their increased business status, reassure stakeholders that the new acquisition was soundly considered and to explain their ‘new selves’ to existing shareholders, institutional investors on both sides of the Tasman and to current and potential business partners and clients.

The document needed to profile the company and its journey in a clear and straightforward way, which was a difficult challenge given the complex and diverse nature of the organisation. At the same time it needed to create a sense of excitement about EBOS’s future potential.

For this report, our task was to engage the reader – to draw them into reading the EBOS story. Given that they use their smarts to get healthcare products from supplier to customer, we employed the metaphor of a ‘highway’ to deliver our message. This resolved itself in the form or a ‘blue ribbon’ (often associated with quality) that weaved its way single-mindedly and assertively through the document, supporting the concept of a well considered pathway. Mixing this linear stream with infographics and the confident use of typography varied the story’s pace and allowed key milestones and results to be punctuated.

The journey metaphor allowed EBOS’s past to be contextualised with where they are now, and what they do as a business. It also allowed the way forward to be presented, positioning now as the start of an exciting future growth journey.

The brand identity had scope to build on their quiet confidence. We sought to create a visual platform that would convey openness, honesty and a straightforwardness that previously hadn’t been captured. Their identity utilises four cyan boxes which inspired a clear and simple design execution that was solid, bold and efficient.

This was a much more ‘active’ approach for EBOS than their previous annual reports, acting more like a marketing, rather than compliance, document and expanding both their visual identity and story-telling. Feedback suggests that the document has become the reference point for information about EBOS – past, present and future – for both internal and external audiences.