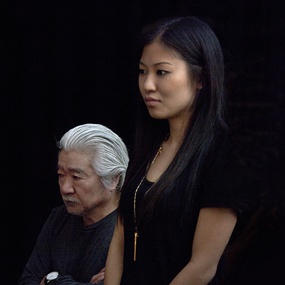 Toshiaki and Hisa Ide are an award winning father and daughter team leading the creative vision at IF Studio. Toshiaki, the Creative Director and Co-founder of IF Studio, was joined by Hisa in 2011 after she graduated with honors from SVA. The pair have won numerous publications and awards since. Toshi’s 25 years, with agencies such as Wells Rich Greene, Grey Advertising, and Bates USA, on accounts including Estée Lauder, Olay, IBM, AT&T and American Express, are complimented by Hisa’s fresh and sophisticated aesthetic as Design Director.