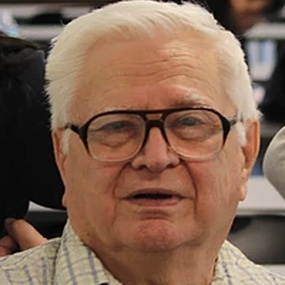 The Castellane Gallery, one of the most significant/avant garde galleries in the US during the 1960s is back. Major works will be shown from time to time under the name "THE CASTELLANE GALLERY IS BACK." It was established in NYC in 1959. The gallery represented some of the most significant artists of the period, including Yayoi Kusama, Robert Smithson, William Kent. The gallery also specialized in works spanning 1900-1960. Various offerings will be made from time to time within this site. Based on the significance of a Castellane Gallery name, all works offered and sold will have an unsullied reputation for authenticity.

Evoke thought and controversy. In 2020, to defeat Trump.

Richard Castellane is a graduate of Princeton University, Department of Art and Archaeology, Castellane worked directly under world famous archaeologist Dr. Prof. Eric Sjoquist. Thereafter graduate work at Columbia University under Professors Meyer Schapiro and Julius Held. Then Assistant to Hans Schaefer (noted old master’s art dealer) where emphasis was on such old Masters as Rubens, Tiepolo, Rembrandt, Hals, etc. Opened gallery in New York City (Castellane Gallery) and became notable for having amongst the earliest exhibitions of Pop Art (William Kent indicated in Lucy Lippards book “Pop Art” as Pre 1960), Sensory Art (artist Jo Roman where objects could only be felt not seen), Op Art (artists such as Ben Cunningham etc.), Installation and Psychedelic Art (Yayoi Kusama), and one of the earliest exhibitions of Earth artist Robert Smithson. After his work in the art world, Castellane attended law school and became an Attorney. His greatest interest though was writing creative stories and screenplays, one of his first being “Little Hippino”- the children’s book and the subject of this prospectus. Another of Castellane’s screenplays, the football comedy “Hail Mary!”, about a losing professional football team that buys up a school of sumo wrestlers to be made into offensive linemen, won the Audience Award at the Queens World Film Festival. The film is currently in distribution on Amazon and other digital platforms. Other recent screenplays for animation include “Corned beef and Cabbage”, concerning a love affair between a corned beef and a cabbage that ends in the new St. Patrick’s Day feast becoming salami and Brussels sprouts; and “Deedle the Dung Beetle”, concerning a dung beetle colony that faces starvation when the “goodies” they usually gather become extinct. Castellane’s film “Irrefutable Proof” was awarded the “Golden Palm Award” for Best Picture as well as Best Cinematography and Best Actress at The Beverly Hills Film Festival and has been internationally released in 2018.