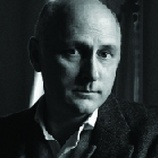 Michael Deas is one of the nation’s premier illustrators, combining a "sense of grace and serenity" unrivaled by today's realists. His superb eye and phenomenal control of the oil medium has earned him numerous awards and citations, including four Gold Medals and one Silver Medal from the Society of Illustrators. His luminous redesign of the Columbia Pictures logo led to a feature article on the cover of America's leading graphics publication, Communication Arts, Sept/Oct 1998. The extensive story included more than 15 illustrations, highlighting portraits, advertising art, logos, editorial & book designs, and U.S. Postage Stamps.&#8232;&#8232;His paintings have graced the cover of Time Magazine and more than a dozen postage stamps commissioned by the U.S. Postal Service. He is the artist behind two of the best-selling postage stamps in United States history, Marilyn Monroe and James Dean. In addition to painting numerous private portrait commissions, Deas has illustrated dozens of book covers, most notably the 25th-anniversary edition of Anne Rice's Interview with the Vampire. The Columbia Pictures logo remains one of the most familiar icons in cinema history. Michael J. Deas is cited in Walt Reed's definitive history of illustration, The Illustrator in America, 1860-2000, and in 1999, his work was featured in major exhibition at The Norman Rockwell Museum in Stockbridge, Massachusetts.